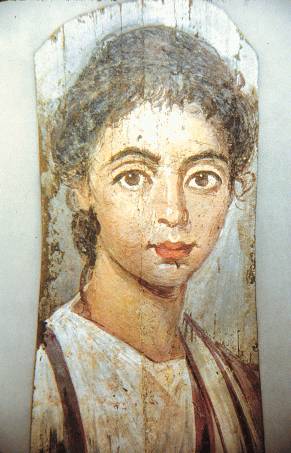 Modern Western civilization owes much to the legacy of ancient Rome, not the least of its many influences being found in our names, with ancient Roman names rising in the contemporary world.

In the ancient Roman system of naming, each citizen belonged to an ancestral group called a “gens,” and took his name from his particular gens. The traditional form of the Roman name existed in three parts: Roman males would be given a first name at birth, called a “praenomen,” followed by his gens name, and then a last name called a “cognomen” that identified the branch of the gens to which he belonged.

In the time of Rome’s early to middle era, there wasn’t much variety in women’s names. In fact, they generally were given the gens name of their father (in the feminine form), and daughters within the same family were usually distinguished from their sisters by an additional name indicating their position in the birth order.  So the first born would be Prima, the second Secunda, and the third Tertia, etcetera.

Despite the seeming lack of concern of the Romans of this period for bestowing unique names on their girls, we nevertheless have a number of lovely Roman feminine names to consider.  Those listed below are all feminine forms of the gens names that were in use by notable Roman families in the time of Rome’s Republic (509 BCE to 31 BCE), many of which are still heard today.  Those that are less familiar may make especially interesting choices for modern-day girls’ names.

Nephele is the alias of an obsessive anagrammatist who for more than a decade has provided unique name makeovers for people on numerous Internet forums. Despite the popularity of Nephele’s anagrams, she is not prepared to give up her day job in an undisclosed public library in New York.

View all of Nephele's articles
ADVERTISEMENT