8 Things About Twins You May Not Know 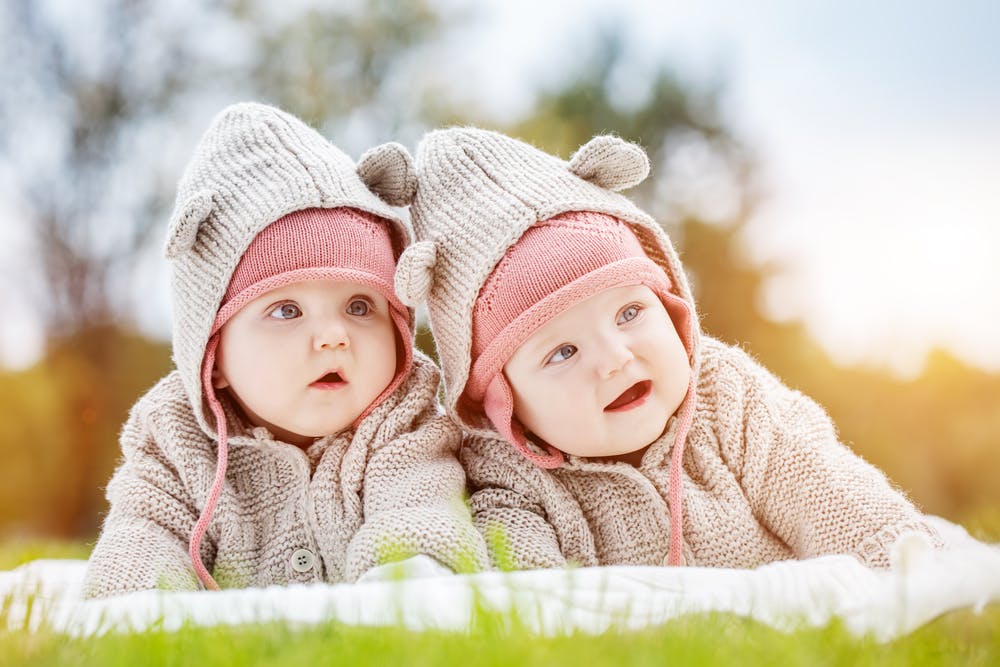 Twins, twins, they’re everywhere! Or at least, it seems like it. Beyoncé and Jay-Z are expecting twins, and so are George and Amal Clooney. But they’re not the only superstar celebs who are going to be pulling double duty when it comes to raising kiddos — Madonna also recently adopted twin four-year-old girls from Malawi. With all the twinning out there, we’re bringing you the lowdown on these mini multiples and of course, twin names.

2. Moms of twins may live longer. Beyoncé and Amal are in luck, and for more reasons than you may think. As it turns out, mothers of twins may live longer. A study published on the Proceedings of the Royal Society B evaluated maternal data from the Utah Population Database. After reviewing stats on thousands of twin mamas, they found a trend toward “lower postmenopausal mortality.” In other words, these women lived longer after menopause than mommies who never had twins.

3. Tall women are more likely to have twins. Gary Steinman, MD, PhD studied the link between maternal height and twinning. Taller women have more insulin-like growth factor (IGF), a protein released by the liver in response to the growth hormone that causes long bones to grow. IGF also increases ovulation, thus increasing the chances of multiple births. The study found mothers of twin and triplets were on average an inch taller than women with single baby pregnancies.

4. So are women who eat a lot of dairy. Another study by Dr. Steinman, published in The Journal of Reproductive Medicine, found that women who ate dairy products were five times as likely to have twins as non-dairy eating vegans. This was again linked to increased levels of IGF, as cows also produce the protein. This could also make you rethink your daily frozen yogurt habit.

5. Twins may cause more morning sickness. Even though you can have morning sickness in any pregnancy, it may be worse if you’re having twins. One of the most popular theories behind morning sickness is that it’s caused by increased hormone levels, and well, two babies mean more hormones. Still, nausea and vomiting usually subside by the second trimester, similar to single pregnancies.

6. Twins can interact with each other in the womb. Research suggests that twins may actually have purposeful interactions. So they’re not exactly playing pat-a-cake in utero, but researchers at the University of Turin and the University of Parma in Italy did find that twins try to contact each other physically (that’s on purpose, and not just bumping elbows inside of mom’s super-stuffed womb) as early as the 18th week of pregnancy.

7. Twins have their own language. A study from the University of Amsterdam discovered that 40 percent of twins create autonomous languages that make little sense to anyone outside the pair. Their secret language usually develops early and includes invented words and onomatopoeic expressions, but it tends to disappear once the twins get a better understanding of and are able to vocalize in their native language.

8. There’s a festival. Yep, twins get their very own festival (along with all the other sets who want to celebrate multiples). The Twins Day Festival in Twinsburg, Ohio is the largest annual gathering of its kind. Meaning, it’s the biggest celebration of twinning out there. The town of Twinsburg was actually founded by twins, Aaron and Moses Wilcox. The festival itself is open to multiples from around the world, their friends and their families. Double the fun!

Erica Loop is a freelance writer living in Pittsburgh. When she’s not busy creating kids’ activities for her blog Mini Monets and Mommies, you can find her trying to hang out with her teenage son, being chased by her two Olde Boston Bulldogs or teaching a children’s karate class (she’s a third degree black belt!).