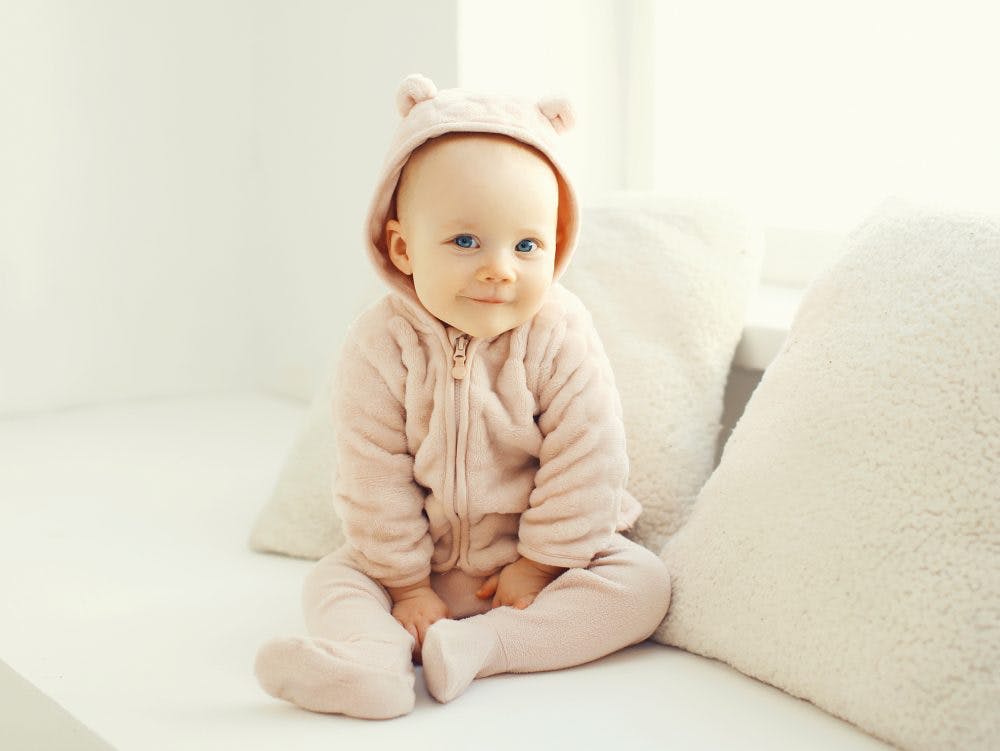 This week’s baby name news includes cool animal middle names (we called it first), popular names in Canada, and what Prince Harry and Meghan probably won’t be naming their baby.

We called animal middle names as a baby name trend for 2019, so it’s nice to see it playing out in the wild.

Oskar Wolf is the product of several rounds of negotiation in this dad’s story. It combines both parents’ Polish heritage, a nod to the arts (via Oscar Wilde), and accepting that with Australian family ties, the kid is going to end up with a nickname.

Meanwhile, Benjamin Fox’s middle name came from his parents’ wedding vows. It was never going to be Bear, because in dad’s accent it sounds like “beer”.

And not quite Bear, but in the celeb world Burt Jenner – Caitlyn’s son – has a baby boy named William Behr. The parents haven’t said, but William looks like a tribute to Caitlyn’s birth name, William Bruce.

Names with (not so) hidden meaning

How important is a name’s meaning to you? It’s a perennial question, especially when the origins of many ancient names are a bit of a mystery, or  a long game of whisper-down-the-alley. And of course, a name’s etymology is only a small part of its meaning.

In the news this week are two names where meaning matters, in very different styles.

Elouise is quite far removed from its Germanic forebear Heilwidis, from elements meaning “healthy” and possibly “wide”. But the healthy part has a lot of significance for a baby who had life-changing surgery.

The meaning couldn’t be clearer for baby Los Angeles Strong Heart. Yes, those are his given names, and yes, he is booked in for heart surgery in LA.

We don’t know the name of the baby born on an airplane called “Born to be Blue”. But it would be cool if the child gets a name with a blue meaning or an aircraft theme. Pilot or Aviatrix, perhaps?

With just a couple of months until Meghan Markle’s baby is due, the predictions keep rolling in.

These suggestions from Tatler are all royalty- or family-based. There are certainly some lovely names there, such as Alice, Matilda, Albert and Spencer – which they call “a very American name” despite it being currently number 170 in England and Wales, and a bit lower at 292 in the States.

But I’m hoping they’ll use more of a wildcard name, the 2019 equivalent of Zara and Peter (Princess Anne‘s children and Harry‘s cousins).

Could it be Chad or Ocean? They’re among the names on Meghan and Harry‘s shortlist in these spoof maternity photos.

In other news, a type of clematis flower has been named after Meghan Markle. I mention this because it reminded me what a great name Clematis would make, if you’re looking for an unusual botanical.

A nation of individuals

Back in America, research suggests that Scandinavian immigrants in the nineteenth century had less of the most common names than the people who stayed in their homeland. That suggests that they came from more individualist backgrounds, which may throw light on their reasons for migrating.

The same article says that names in counties on the US frontier were more varied than those further back. So maybe living on the edge made people more likely to be individual – or maybe being an individual made you more likely to head west. Either way, it’s fascinating what names from history can tell us.

Family names are the order of the day for Richard Gere and his wife Alejandra. Word is that his son is called Alexander, which looks like it honors mom.

It’s the same name as George Clooney gave his son, and we can wonder if, besides the family connection, it was chosen for similar reasons. George said that they deliberately gave their kids ordinary names (Alexander‘s twin sister is Ella) because so much in their lives won’t be ordinary.

And a final bit of speculation: I’d love to know if baby Gere has an unexpected middle name, like Richard‘s older son Homer James Jigme has a Tibetan middle.

News in from Ireland: from now on, baby names with a síneadh fada (that’s a long accent mark) will count as different spellings in the national statistics.

In the UK (as in the US), diacritics are not shown in the national records. But that doesn’t stop parents from using them in everyday life. For example, the British singer and soap actor Hannah Spearitt has just named her daughter Téa – the accent presumably helps to show that it’s not pronounced like tea.

Zé is another cool accented name in the news. A diminutive of José, it’s recently been approved as a middle name in Portugal. Since then, it’s already been used 22 times. Could it appeal to English-speaking parents too?

Finally, another Canadian province, Newfoundland and Labrador, has released its top baby names of 2018.

If you love old-timey girl names, you might feel at home there: Sadie/Saydee and Nora/Norah are in the Top 10, which combines spellings. Handsome gents Owen and Parker are popular too. The list proves the popularity of the “Lala” girls’ names, which our Name Sage talked about recently. Lily and Lilly were number 2, while Layla, Laylah, Leila and Laila were 5th. Maybe we should rename it Lalalabrador…