Naming a Boy if You’ve Only Had Girls… 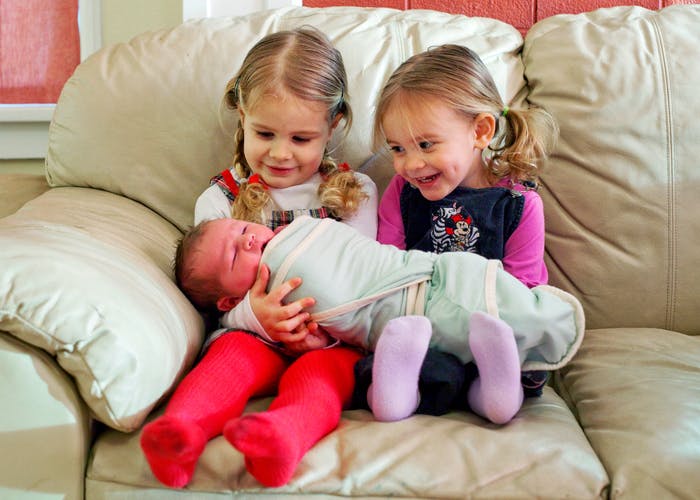 After picking four girl names, for me the prospect of picking a boy name feels almost as overwhelming as being pregnant for nine, long months. Seriously, no sushi or rosé until August?

Indeed, naming a child of the gender opposite to what you’ve become accustomed to is no easy task. After a few girls or boys, you may find it almost impossible to identify a moniker that fits. Here are some things to consider when picking a boy or girl name if you’re an experienced parent, but are new to team blue or pink.

Go back to that name you’ve held on to, just in case. I’ve had to return to the girl-name well several times, never dreaming I’d be able to use that boy name I’d loved for so many years. If you find yourself in the same boat, it’s time to bring that neglected name back out into play, at last.

Find a common thread among your kids**’** names. If all your boys’ names end in “n” – Brayden, Justin, Mason – it’s clear that you like that construction and would probably want  to continue it. Start brainstorming baby girl names that end with the same letter. Maybe Lillian, or Vivian.

Look to family names for inspiration. When in doubt, probe your MIL or grandma for names from way up on the family tree. It turns out we have some great names to choose from including Erik and Norman.

Peruse the most popular baby name lists. I know that this may seem counterintuitive to some, but obviously there has to be a reason why everyone loves certain names for boys and girls. Some popular names to consider include Abigail (so many cute nicknames!), Charlotte and Emily for a girl and Ethan, Noah and Liam for a boy. Hey, if you can’t beat ’em, join ‘em, right?

Go gender neutral. This is a great approach to tackling naming a baby of the opposite sex. Perhaps the name Rowan or Rory will feel just right for your first boy or girl.

Pick a softer-sounding boy name. Instead of a name like Jack or Frank, how about Soren or Seth?

Vary a boy name for a girl. For a girl, take a boy’s name and add a softer twist. For example, the nickname form Charli or Noa (actually a Hebrew girl’s name).

Listen for names in the playground or at school pick-up. I heard a mom call out to her son, “Graham!” And I thought, hmm, I like that. Another time, my daughter was talking about a boy named Hunter in her class and it clicked that I might consider this for a son. By the same token, certain names don’t feel like they right fit when you hear them spoken aloud.

The bottom line? You aren’t the first parent to have a baby of the opposite sex after a girl or boy streak. The right name will come to you eventually. Even if it’s the day you meet your little one, and realize he or she looks just like a (fill in the blank).