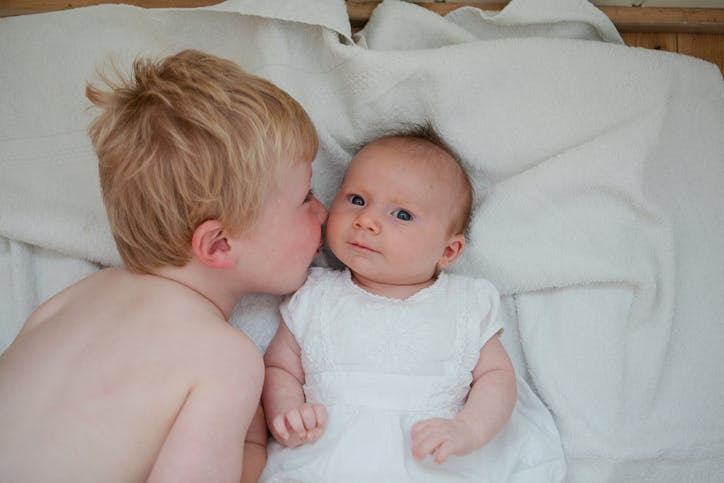 They’ve narrowed their list to three great names for their new daughter: Cleo, Harlow, or Willow. But how do they decide which is best?

I’d really appreciate your help with our name choice. We are in Australia, so name trends are different than in the US.

My husband and I are stuck between three very similar sounding baby names for our third child, and first daughter. Our sons are Angus and Oscar. For our daughter, we are discussing:

Harlow (my first pick, husband’s third pick)Modern name but may be too much of a contrast to the classic tone of our boys’ names. I like this name because it feels fresh (recently cracking the top 100 names in Australia) but still has an Old World feel. However, I worry it will date.

Willow (husband’s first pick, my second)Quite popular at the moment. I know a number of people with children (and pets) named this so it’s sort of lost its sparkle. But it’s very pretty and I do love nature names. I think this name will stick around for a while and not date quickly.

Cleo (my third pick, husbands second)Cleo is an older name so fits beautifully with our boys’ names. Plus, it sounds fun and lively. Cleo however doesn’t have any nicknames (we like names with cute nicknames) and I’m not sure where it’s heading popularity wise. Is it on the rise and I’m ahead of the future name predictions? Or is it on the way out?

My biggest fear is name regret! What’s your opinion on what direction we should go? Which name sounds most beautiful, works as a sibset, and will stand the test of time?

You’re down to three great names for your daughter. The good news? You can’t go wrong with Harlow, Willow, or Cleo.

But that’s precisely why it’s so difficult to decide!

You’ve mentioned a few criteria: which is the most beautiful, which sounds best with brothers Angus and Oscar, and which will age well?

Most beautiful is a tough call. (Full disclosure: my daughter is called Clio.) I’m guessing that if you asked your family and friends, they’d all have different answers. So let’s move on.

The sibset question is a little more objective. Your sons’ names are traditional choices, with Irish and Scottish roots. I wouldn’t put any of your current girl names into exactly the same category. And yet, if I enter Angus and Oscar into our namehunter tool, suggestions for girls’ names include Edith, Poppy, Hazel, and Elspeth.

I’m not sure that gives us a clear favorite, but I notice that lots of nature names are suggested.

That brings us to names that endure. Oscar and Angus both have plenty of history throughout the English-speaking world. They’re traditional choices you might hear in nearly any decade. Oscar, in particular, is a global favorite, heard from Norway to Chile and most places in between.

The same isn’t true for Harlow, Willow, and Cleo. They all feel at least a little bit novel.

But I see one other factor: Oscar and Angus are Top 100 names. We sometimes dismiss popular choices as trendy, but that’s a mistake. Popular names catch on because they’re great choices that many families love.

If you’re satisfied with Oscar and Angus, I think you’d feel the same about Harlow or Willow, too. And so I’m inclined to drop Cleo. It’s a little bit out-there compared to your boys’ names. It’s also very close to the powerfully popular Chloe. They’re completely different names, but Cleo will almost certainly be misheard and confused with the more common choice.

Forty years from now, a generation of children will have grown up with surname names and nature names, so I expect that choices like Harrison and Piper, Kai and Luna will all feel very tied to the earlier part of this century.

But nature names might fare a little better. After all, we’ve been naming our daughters Rose and Lily for ages. Twenty years ago, it was Holly and Jasmine. While Willow might fall in use, it’s part of a long custom of borrowing botanically-inspired names for our girls, and that gives it a little bit of staying power.

It’s a close call, but my vote goes to Willow. It matches her brothers’ names in terms of popularity, it feels like a slightly more traditional choice, and it has plenty of nickname potential.

Let’s have a poll, because I’m curious to see if others agree.